Kate Betterton grew up in the Mississippi Delta, and has lived in Minnesota, New England, and the Pacific Northwest. She now makes her home in North Carolina.
Kate's new novel, THE ROMANTIC'S GUIDE TO WILDERNESS SURVIVAL, a quirky metaphysical literary romance, is available in paperback and as a Kindle e-book on Amazon.
Kate’s first novel, WHERE THE LAKE BECOMES THE RIVER, won the Novello Literary Award, was a finalist for ForeWord Magazine’s Book of the Year Award, and was included in Publishers Weekly’s Fall Fiction Preview. The book is now available in paperback and Kindle editions. "Tell me a story. In this century, and moment of mania...tell me a story of deep delight." --Robert Penn Warren, Audubon: A Vision

Kate grew up in the Mississippi Delta, in Greenville, a town situated on a long lake that was originally a loop of the mighty river. Greenwood, an hour away, has been Kate's Delta "home away from home" for several decades. (To see a page about the Delta, with photos and recommendations, click on the "Where the Lake Becomes the River" hyperlink at lower right. For info on Greenville, with a listing of home-grown activists, writers, and musicians--including Kate--click on the link at the end of this text.)

Deltans love stories. It's hard to buy groceries or rent a fishing skiff without somebody telling you a story, often humorous and frequently scandalous. You’re minding your own business in a café waiting for your catfish plate when your waitress (a total stranger) regales you with a hair-raising, hilarious account of her boyfriend’s recent near-decapitation with his chain saw. At the cash register, the proprietor launches into a tale about just finding, in some poor sap’s change, a rare penny, stamped with a “D,” that’s worth thousand of dollars. Did it really happen? Does the waitress even have a boyfriend? What’s the difference? It was a great story, and it “livied up” your day. There are many fiction writers from the Delta; this enduring tradition of creating and sharing stories has a lot to do with it. The writing bug caught Kate at an early age, and she's been telling and writing stories ever since.

Kate has worked in homeless shelters and psych wards, taught canoeing, run dream workshops, and maintained a long-term psychotherapy practice. She has an undergraduate degree in English Literature from Macalester College in St. Paul, MN, and an MSW from the University of Washington in Seattle. Growing up in one of the country’s poorest areas gave her an interest in issues of social justice, reflected in her fiction. She’s intrigued by the richness and tensions that result when people of differing backgrounds, races, and nations encounter each other and find ways–or not–to bridge the gap. Her work reflects a spiritual/metaphysical outlook on life, and explores paranormal and ghostly elements.

After years of living in the north, Kate answered the siren song of the South, and now lives with her family in North Carolina. Her work has been published in The Sun, The Southerner, and local publications. She is the recipient of a grant from the Barbara Deming Memorial Foundation of the Bronx, NY, was awarded an Emerging Artist Grant by the Durham, NC Arts Council, and won the Novello Literary Award for Where the Lake Becomes the River. She’s a member of the Chapel Hill Writers’ Group, the Durham Writers' Group, and the Authors' Guild.

Kate is also a musician. While living for years in New Orleans and Cambridge, MA, she played original songs, accompanied with guitar and dulcimer, at coffee houses, clubs and colleges. Kate’s songs share the same landscapes and preoccupations as her fiction--the fields and river, harvest time, love and loss and forgiveness, the progression through lifetimes in the quest for awareness, compassion and reunion with the Divine, the wonder of dreams, and the soul’s endurance beyond the body’s death. A CD of Kate's songs is in the works. One shovel, a mountain...one bucket, a river....one page, a completed novel...one lifetime, another chapter in the Soul's amazing, immortal journey. 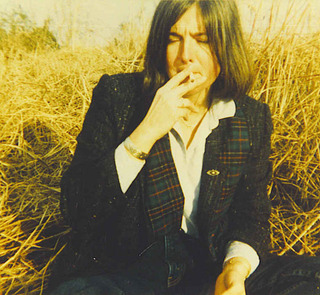 Offering Tobacco to the Spirits, atop the Great Temple Mound, Winterville