Where the Lake Becomes the River GROWING UP SOUTHERN, SECRETS AND GHOSTS, BLACK-'N-WHITE BLUES, AND THE TRUTH ABOUT LIFE AFTER DEATH

DOWN IN THE DELTA: Snapshots from Mississippi's Fabled Flatland

When people talk about "the Mississippi Delta," the setting for Where the Lake Becomes the River, they don't mean the literal delta at the mouth of the river down below New Orleans. The Mississippi Delta of blues music fame is an exceptionally fertile oval stretch of flat farmland, bordered by the Mississippi River on the west and the hills on the east. Traditionally, the Delta begins in the lobby of the Peabody Hotel in Memphis and ends at Catfish Row in Vicksburg.

Delta earth is rich topsoil, tens of feet deep, stolen by the Mississippi River from states and rivers further north and deposited here over eons as the river flooded. It is some of the most fertile soil on earth. The mighty river coils between levees now, and flooding is largely controlled. But each year farmers gamble all against the weather, winning big or losing hard, and hoping to stay afloat for the next growing season.

When the rich land was cleared for cotton in the 1800's, fortunes were made by a few, but slaves and sharecroppers here endured the harshest conditions imaginable. Despite all the hardships, they developed a unique regional music, the Delta blues--a root source for much of the American popular music that followed. Conditions improved, and political power equalized, when the Voting Rights Act and the Civil Rights movement of the turbulent 'Sixties finally brought the vote to all of Mississippi's citizens.

The unbroken flatness of the landscape is relieved by stretches of woods, cypress sloughs, levees and Indian Mounds, abandoned mansions or churches or sharecropper's cabins, cotton gins and rusted silos, graffiti urging, TRUST JESUS, roadside markers commemorating auto fatalities, ancient vine-covered stores, green and yellow John Deere tractors and harvesters working down the cotton rows, towns with names like Itta Bena and Indianola, Nitta Yuma and Panther Burn. Where riverboats once hauled passengers and cotton bales, casinos line the levees, but tugboats and barges soldier on, dodging the lurking sandbars that come and go. Bottle trees and other forms of Yard Art abound. Stone angels and gnomes lurk in overgrown gardens of houses whose stained glass windows are pierced by vines that long ago captured and rotted out the turrets and roofs.

Mississippi Deltans have an abiding appreciation of eccentricity, which takes myriad forms and is prized like the finest wine. Patrons of Lusco's restaurant in Greenwood used to flip their butter pats onto the ceiling, making dinner all the more festive--but the butter eventually melted onto other diners, so little butter tubs have replaced the pats. Nandina bushes spring up volunteer in the dead center of steps leading to law offices, allowed to flourish there while customers step around. Rotting porches are painted over, dirt and all, and it's hard to tell whether a particular patch of "wrack and ruin" results from poverty or is simply the manifestation of some individual's arty, quirky sensibility.

Here are some snapshots from the Delta. Some of the scenes or objects depicted are featured in Where the Lake Becomes the River; others are not. They're offered here as a sample and flavor of what may result when eccentricity, lack, art, and whimsy collide.

For the adventurous traveler who wishes to see for her/himself, recommendations of favorite Delta eateries, blues clubs, museums and independent bookstores are also listed. "The Gray Knight" in WHERE THE LAKE BECOMES THE RIVER This beautiful statue, sculpted by Malvina Hoffman, graces the Percy family plot in the Greenville, MS, Cemetery

Recommended Reading: Delta Deep Down, Jane Rule Burdine's book of Delta photography; Lanterns on the Levee by Wm. Alexander Percy; Black Boy, and Native Son, by Richard Wright; Rising Tide, The Great Mississippi Flood of 1927 and How It Changed America, by John M. Barry; Black Cloud, White Cloud, by Ellen Douglas; Jubilee, by Margaret Walter; Delta Wedding, and the short stories, by Eudora Welty; The Color Purple by Alice Walker; In the Land of Dreamy Dreams, by Ellen Gilchrist; Light in the Piazza, and The Voice at the Back Door, by Elizabeth Spencer; High Cotton, Four Seasons in the Mississippi Delta,by Gerard Helferich; Crimes of the Heart, by Beth Henley; The Most Southern Place on Earth, by James C. Cobb.

Best Bookstores: McCormick's Book Inn of Greenville (sadly, closed now); Turnrow Books of Greenwood; and (not in the Delta but a mighty fine hill-country cousin) Square Books up in Oxford; and the lovely Lemuria Books in Jackson

(All materials Copyright 2019 by Kate Betterton. All rights reserved.) 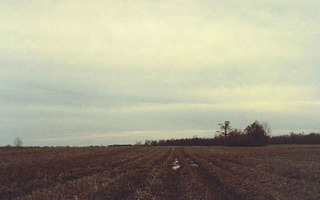 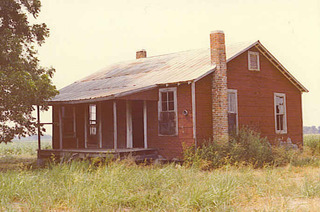